7 college presidents share their biggest challenges for 2020, The College of Saint Rose in Education Dive

Mourning Kobe Bryant: How Parents Can Talk To Their Kids, Newton-Wellesley Hospital on WBZ-TV/CBS Boston

Inequality, Poverty Has Worsened in In Massachusetts’ MetroWest, Report Finds, The Foundation for MetroWest on WGBH

Report Finds Abundant Strengths and Pressing Challenges in MetroWest, The Foundation for MetroWest in The Boston Globe

Flu report: Influenza B strain most common in Massachusetts, Newton-Wellesley Hospital on WCVB

D’Angelo thanks plow drivers in Coventry and Throughout New England, D’Angelo Grilled Sandwiches in The Coventry Courier

All About HouseWorks, HouseWorks on WBZ NewsRadio

A local senior care facility is using VR to train caregivers of people with dementia, HouseWorks in Technical.ly Philly

HouseWorks: Care for Seniors at Home, HouseWorks on NECN

Five things you need to know today, and the high school I wish I could have attended, Boston Arts Academy Foundation in Boston Business Journal

Boston’s hospitals dressed up newborns for Halloween. It did not disappoint., Newton-Wellesley Hospital in Boston.com

Understanding dementia from the inside out, HouseWorks in The Boston Globe

We Want to Be the Change That We Advocate, Parenting Journey in Mass Nonprofit News

We Want to Be the Change that We Advocate, Parenting Journey in Mass Nonprofit News

Taking the Field, South Shore Health in The Carver Reporter

Want to see a T. rex gnawing on a triceratops? There’s a new Smithsonian exhibit for that, Smithsonian in USA Today

Inside the Smithsonian’s newly-renovated dinosaur hall, Smithsonian in TODAY

Viewpoint: Why I chose to join a startup, but not as CEO, Pepperlane in Boston Business Journal

March for Babies Held in Boston On Saturday, March of Dimes on WBZ Radio

Community hospitals are teaming up to save money, South Shore Health in The Boston Globe

1 out of 50 people will develop a brain aneurysm, see what you can do to prevent one from rupturing, Brain Aneurysm Foundation on WUSA 9

what our clients have to say 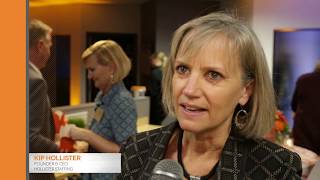